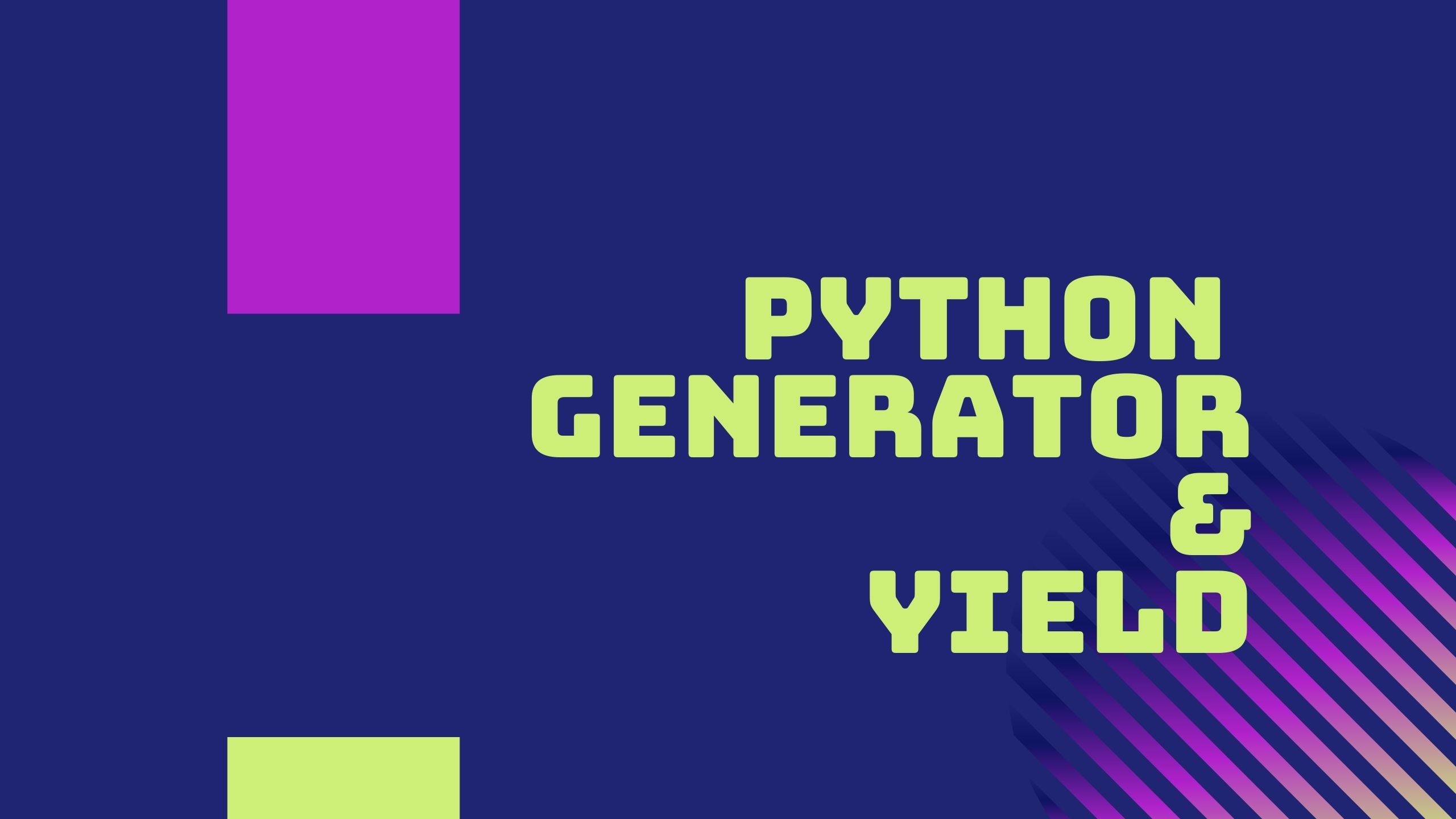 Generators are iterators, a kind of iterable you can only iterate over once.

What are iterators anyway?

An iterator is an object that can be iterated (looped) upon. It is used to abstract a container of data to make it behave like an iterable object. Some common iterable objects in Python are – lists, strings, dictionary.

Every generator is an iterator, but not vice versa. A generator is built by calling a function  that has one or more yield expressions.

Generator is simply a function that return a generator object on which you can call next() such that for every call it returns some value until it raises a StopIteration exception, signaling that all values have been generated.

Let’s start with creating some generators

The generator function creates a generator object you can verify this

Store this object in a variable and call the next() method on it. Every call on next() will yield a single value until all the values have been yield.

Again from the definition, every call to next will return a value until it raises a StopIteration exception, signaling that all values have been generated so for this example we can call the next method 3 times since there are only 3 yield statements to run.

If you call next(generator_object) for the fourth time, you will receive StopIteration error from the Python interpreter.

Let’s look at another example.

Here the generator function will keep returning a random number since there is no exit condition from the loop.

Unlike with regular functions where each time the stack frame is discarded, you lose all that “state”. Also, generators do not store all the values in memory instead they generate the values on the fly thus making the ram more memory efficient.

More Posts from the author

How to Connect and Execute SPOTFIRE Rest API Using Python

How to send email in SENDGRID using Python

How to Connect and Execute SPOTFIRE Rest API Using Python

How to send email in SENDGRID using Python

Reach a large group of audience by posting an ad about your business here. For more details

Drop us a Message